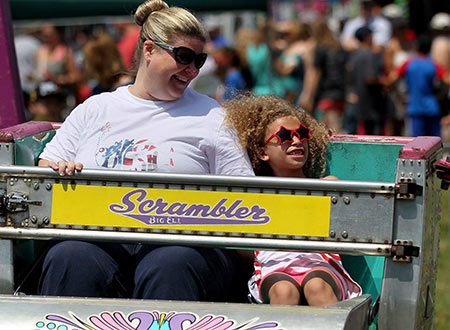 McGinnis Amusements is a family owned carnival business that was started in Cleveland, Ohio, shortly after World War II.  Since then, we have become highly expierenced in providing county fairs, festivals, and corporate events throughout Ohio and Pennsylvania.  We use the highest quality amusement rides, delicious fair foods, and classic carnival games to offer the best experience for any event.

We are always striving to go beyond what is expected to provide the safest and the most pleasurable experience.  Our family and knowledgeable staff are committed in providing a safe and friendly environment for all our patrons to enjoy.  Combined with our modern rides and attractions, you can be sure that McGinnis Amusements will create a memorable moment for all who attend our events.

When it comes to providing a safe and enjoyable event, you can always rely on McGinnis Amusements to perform an excellent service that will go beyond your expectations.  Over the years, McGinnis Amusements has created and maintained a strong reputation for quality, service, and reliability in the industry and in the communities it serves.

Contact us today to discover what McGinnis Amusements can offer to your next event! 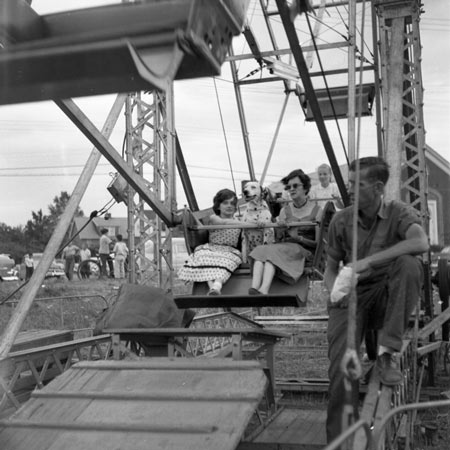 Lewis McGinnis created McGinnis Amusements in Cleveland shortly after World War II. During the war years he opened a photo studio and later acquired a pony for children's pictures. He led the pony through the neighborhoods taking children's photos with his wife Hilda. She would gather the names and addresses of the families, return with the proofs and take orders. The pony pictures were very popular with the children who loved the free pony rides. Families enjoyed sending pictures to their loved ones serving in the military.

After the war, when the factories were returning to post-war production, company picnics were commonplace. In response to this activity, they added a few more ponies for pony rides, then a small airplane ride — McGinnis Blue Ribbon Amusements was born. With the addition of more kiddie rides, the essential Merry-go-Round, and finally a Ferris Wheel, the business prospered as it served the annual neighborhood carnivals sponsored by Catholic churches and other civic organizations in the greater Cleveland area.

Always a family effort, when Lewis died of cancer in 1951, his wife Hilda ably took over the reins. A few years later, she married Keith Toles and McGinnis Amusements continued to prosper and grow. During this time the company was renamed McGinnis-Toles Amusements.

After Keith's untimely death in 1963, Hilda was once again alone and in charge.

Throughout the company's history, Lewis and Hilda's daughters, Marilyn, Joan, Kay, and their families have been actively involved in the operations of the company at various levels. Including making cotton candy, running rides, booking events, and managing units.

For many years Hilda's eldest daughter, Marilyn Blois, worked with the company. Marilyn's son, Nick, grew up learning and working in every aspect of the operation. Marilyn, along with her son, continued the business upon Hilda's death in 1981. Since Marilyn's death in 2003, the company continues under Nick's able leadership.

Following the long family tradition, Nick, his wife, son, and daughter, are all actively involved in the company and another generation is coming along. Throughout the years McGinnis Amusements has built and continues to maintain a strong reputation for quality, service, and reliability in the industry and in the communities it serves.